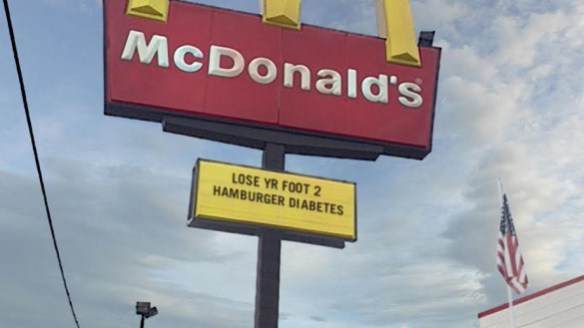 Finally our efforts to avoid processed foods and Frankenfoods are paying off. For the first time in decades McDonald’s is struggling and has to close more restaurants than it opens after worldwide drops in sales. According to anAssociated Press review of McDonald’s regulatory filings, this hasn’t happened since 1970.

Earlier this year the fast food giant announced the closing of 350 underperforming locations, but recently admitted it had to close an additional 350 restaurants in the U.S., Japan, and China. The closings include both franchises and company-owned locations.

END_OF_DOCUMENT_TOKEN_TO_BE_REPLACED 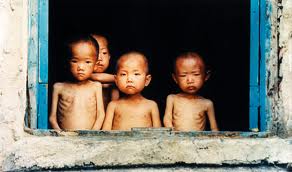 (Independent) -Reports from inside the secretive famine-hit pariah state, North Korea, claim a man has been executed after murdering his two children for food.

Shocking reports claim North Koreans are turning to cannibalism including details of one man who dug up his grandchild’s corpse to eat and another who boiled his child and ate the flesh.

Details of the incidents were reported by the Asia Press, and published in the Sunday Times.

They claim a ‘hidden famine’ in the farming provinces of North and South Hwanghae has killed 10,000 people, and there are fears that cannibalism is spreading throughout the country.

The reports come as sanctions against the country are tightened against the backdrop of angry rhetoric over missile testing.

The litany of horrors were documented by Asia Press, a specialist news agency based in Osaka, Japan, which claims to have recruited a network of “citizen journalists” inside North Korea.

The reports are considered credible.

Interviews have led Asia Press to conclude that probably more than 10,000 people have died in North and South Hwanghae provinces, south of Pyongyang, the capital.

North Korea has not confirmed or denied any reports of the deaths.

One informant, based in South Hwanghae, said: “In my village in May, a man who killed his own two children and tried to eat them was executed by a firing squad.

“While his wife was away on business he killed his eldest daughter and, because his son saw what he had done, he killed his son as well. When the wife came home, he offered her food, saying: ‘We have meat.’

“But his wife, suspicious, notified the Ministry of Public Security, which led to the discovery of part of their children’s bodies under the eaves.”

Jiro Ishimaru, from Asia Press said: ‘Particularly shocking were the numerous testimonies that hit us about cannibalism.’

Another of the citizen journalists, Gu Gwang-ho, said: “There was an incident when a man was arrested for digging up the grave of his grandchild and eating the remains.”

A middle ranking official of the ruling Korean Workers Party said: “In a village in Chongdan county, a man who went mad with hunger boiled his own child, ate his flesh and was arrested”

A new UN agreement, passed on Tuesday, extended sanctions already imposed on North Korea after it held nuclear tests in 2006 and 2009.

The current rise in tensions and extension of sanctions follows Pyonyang’s defiant decision to push ahead with a long-range rocket launch on December 12 – insisting it was a peaceful mission to place a satellite in orbit.

Despite the insistence of the regime that the test was peaceful the rest of the world saw it as a banned ballistic missile test.

This week North Korea once again raised the level of rhetoric over sanctions, threatening war with its neighbours in the south saying: “If the South Korean puppet regime of traitors directly participates in the so-called UN ‘sanctions’, strong physical countermeasures would be taken,” the North’s Committee for Peaceful Reunification of the Fatherland said.

(CNSNews.com) – The White House announced the federal government will spend $6 billion over four years for a “sustainable energy future” plan with Asian countries that involves loaning tax dollars to other countries to increase their purchasing power for U.S. technology, services and equipment.

“Recognizing that energy and the environment are among the most pressing issues confronting our region, President Obama, in partnership with Sultan Haji Hassanal Bolkiah of Brunei and President of the Republic of Indonesia Susilo Bambang Yudhoyono, today proposed the U.S.-Asia Pacific Comprehensive Partnership for a Sustainable Energy Future,” the White House announced Tuesday as Obama visits Asian Pacific countries.

The initiative comes after the Obama administration has been criticized for spending billions to subsidize U.S.-based green energy companies that went on to declare bankruptcy, including Solyndra, Ener1, A123, Beacon Power and other failed renewable energy ventures.

The White House announcement goes on to say that, “The United States will provide up to $6 billion to support the partnership.” Most of that will come from the U.S. Export-Import Bank, which will launch a $5 billion export credit financing program to certain Asian countries over the next four years “to increase access to American technology, services and equipment to implement energy infrastructure.”

The Overseas Private Investment Corps (OPIC) will spend $1 billion in financing for sustainable power and clean energy infrastructure projects in Asia, according to the White House. OPIC is the federal government’s development finance institution that mobilizes private capital with the intent of advancing U.S. foreign policy and getting U.S. companies into emerging markets.

The U.S. Trade and Development Agency will support Asian power generation and distribution, according to the White House, but the White House news release does not estimate how much money the USTDA will spend on the project.

The White House estimates $9 trillion in investment for electricity will be needed through 2035 to meet the increasing demand in the region, which offers potential for U.S. industry.

“The Partnership will drive investment and facilitate progress on four key regional priorities: renewables and cleaner energy; markets and interconnectivity; the emerging role of natural gas; and sustainable development,” the White House release said. “We will engage with the private sector as well as partner countries in the region to determine specific projects within these four priority areas.”