According to Tom Heneghan’s Intelligence Briefing’s Blog, Kim Jong-un has just received a load of money from the USA.

“The aircraft contains $3 BILLION that was made available by the Dallas branch of the German Commerz Bank.
“The $3 BILLION will be delivered directly to North Korea dictator Kim Jong-un by U.S. officials.”

“Kim is receiving these bribe funds in exchange for his playing a role in a scripted ‘black op’ that is designed to effect worldwide financial markets.” 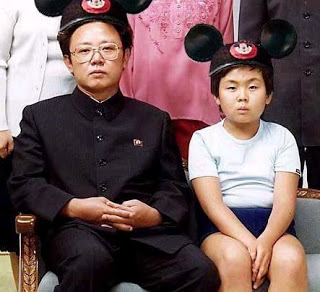 “U.S. military planes flew from an air base in Guam to Pyongyang and back on April 7, 2012, and again on a longer visit lasting from Aug. 18-20, the sources said.

“It is believed that those aboard included Sydney Seiler, director for Korea at the U.S. National Security Council, and Joseph DeTrani, who headed the North Korea desk at the U.S. Office of the Director of National Intelligence. DeTrani left the post in May.

“They met with North Korean officials and discussed policies….

“The third visit that The Asahi Shimbun has confirmed is one that took place in November 2011.”