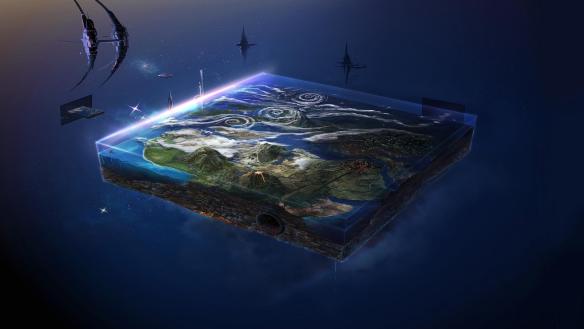 “The Flat Earth model is an archaic belief that the Earth‘s shape is a plane or disk. Many ancient cultures have had conceptions of a flat Earth, including Greece until the classical period, the Bronze Age and Iron Age civilizations of the Near East until the Hellenistic period, India until the Gupta period (early centuries AD) and China until the 17th century. It was also typically held in the aboriginal cultures of the Americas, and a flat Earth domed by the firmament in the shape of an inverted bowl is common in pre-scientific societies.” -Wikipedia

Yes, you read that correctly. Key words being archaic, ancient, and of course Bronze Age and Iron Age.

Alright, fast forward to the year 2015. The date is April 7th, nearly a week past April Fools Day, so this is no joke. There seems to be a rather decent size movement spreading around. Hypothetically we’re going to call it the Flat Earth Movement, and throughout the rest of this article, FEM for short. Now I’m going to move away from the hypothetical group of people in which I have just made up and point out that there actually is a group called the Flat Earth Society and no this still isn’t a joke. Of course, I already knew that we were likely to have some people on this planet who think Earth is completely flat, after all not everyone on this planet is sane.

So basically, the FEM has sent themselves back into the Bronze Age and decided that even the most basic of physics is completely just conspiracy theory.

Face it, the Flat Earth Theory defies all laws of physics and makes no sense whatsoever. But even though it’s been completely debunked several times, it seems to be picking up steam… because fuck science and physics, right?

It’s clear to me that some people spend too much time basement dwelling on YouTube and take Game of Thrones too seriously. In the TV show Game of Thrones, the planet Westeros is indeed flat and contains a large ice wall as described in this crazy Flat Earth Theory. Earth is not Westeros, folks You’re not doing ANY truth movement any good, truth movements are about truth, not lies.

Below are the top 10 reasons we know the Earth is round followed by a short 3 minute video explaining each one.

10. All other planets are round

ALSO this is by far the best Flat Earth Theory debunk video. If you refuse to watch this and still think the earth is flat, you likely just don’t want to admit you’re wrong. If you watch this video and still think the earth is flat, then you need to start studying physics and learn what logic is. You give real “truthers” a bad name and these are the things that the elites use to make legit “truthers” look insane. They are loving it and I’m flat out telling the truth.

We interviewed legendary voice and radio show host John B. Wells on many topics including the flat earth theory. Click below to listen! AND to make sure we cater to both sides of this debate we even interview the Flat Earth Theory researcher Mark Sargent which you can also check out below!