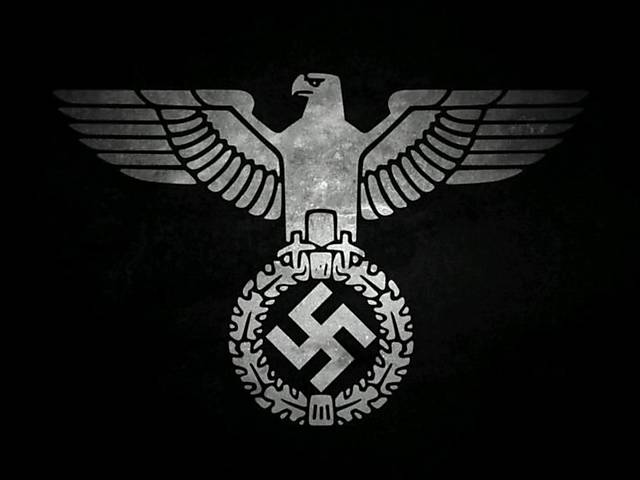 Once again history is repeating…

I’ve asserted for years that the U.S. Government is an amalgamation of the Third Reich, “Atlas Shrugged,” “Animal Farm,” and “1984.”   Once again history is repeating.  The Nazis’ contemporaries are the neoconservatives who are running the U.S. Government behind the facade of Obama’s White House.

Stunningly, Obama’s hardiest followers continue to worship the traitor with the blind allegiance.  What is beyond comprehension is that Hillary Clinton is openly a confirmed felon in act – though remains unprosecuted –  and yet is the leading candidate out of both parties to be the next president.  It’s reminiscent of the blind allegiance to which concentration camp officers adhered.

If you think I’m guilty of hyperbole or wanton sensationalism, then read this excerpt from, They Thought They Were Free: The Germans 1933 – 1945…but then it was too late:”  which was contributed to Bill Murphy’s Midas report atLemetropolecafe.com last night:

“What no one seemed to notice,” said a colleague of mine, a philologist, “was the ever widening gap, after 1933, between the government and the people. Just think how very wide this gap was to begin with, here in Germany. And it became always wider. You know, it doesn’t make people close to their government to be told that this is a people’s government, a true democracy, or to be enrolled in civilian defense, or even to vote. All this has little, really nothing, to do withknowing one is governing.

“What happened here was the gradual habituation of the people, little by little, to being governed by surprise; to receiving decisions deliberated in secret; to believing that the situation was so complicated that the government had to act on information which the people could not understand, or so dangerous that, even if the people could not understand it, it could not be released because of national security. And their sense of identification with Hitler, their trust in him, made it easier to widen this gap and reassured those who would otherwise have worried about it.

“This separation of government from people, this widening of the gap, took place so gradually and so insensibly, each step disguised (perhaps not even intentionally) as a temporary emergency measure or associated with true patriotic allegiance or with real social purposes. And all the crises and reforms (real reforms, too) so occupied the people that they did not see the slow motion underneath, of the whole process of government growing remoter and remoter.

They Thought They Were Free