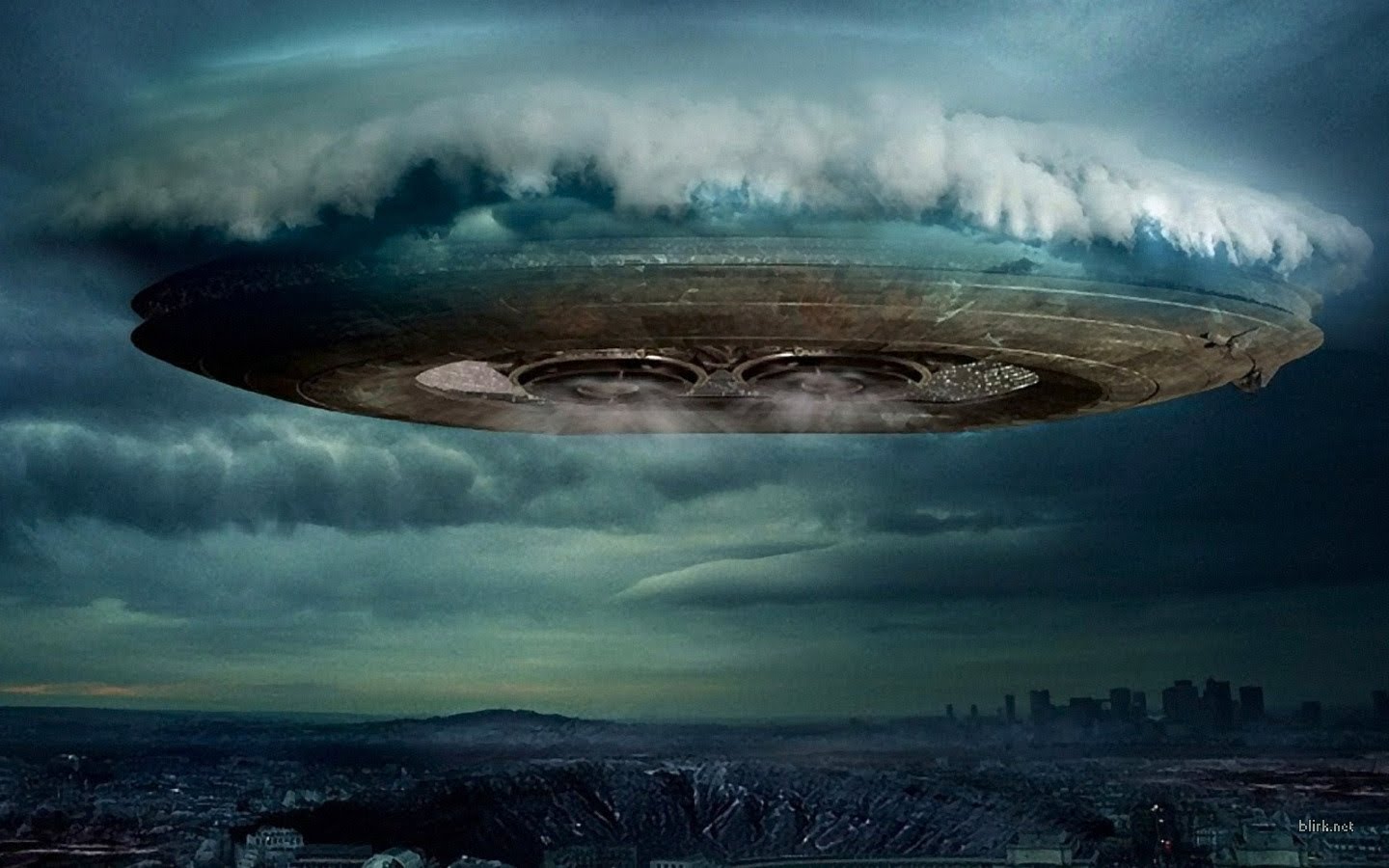 A global effort has begun — Secret files hidden from the public for decades, Detailing every UFO account, are now available to the public. We are about to uncover The truth behind these classified documents. Find out what the government doesn’t want you to know. Exposing the biggest secret on planet earth. Join us as the secrets of alien technology are unsealed.

For millenia, it is believed that our cosmic neighbors in the Universe have sent messages for us to decode.

We have struggled to understand the symbols sent to us. But now, for the first time in history an alien message has been received. This could be ground Breaking. 36 years ago two men made Contact with an unknown craft.

Tonight we will reveal it’s Meaning and the way we look at ufo encounters will change. Everything that people thought they knew about ufo’s For the last 7 years is probably wrong. Join us as we crack the alien code and it’s secrets are Unseals. Secret files hidden from the Public for decades are now available to the public.

We are about to uncover the truth about these classified Documents. Find out what the government Doesn’t want you to know. “unsealed alien files. 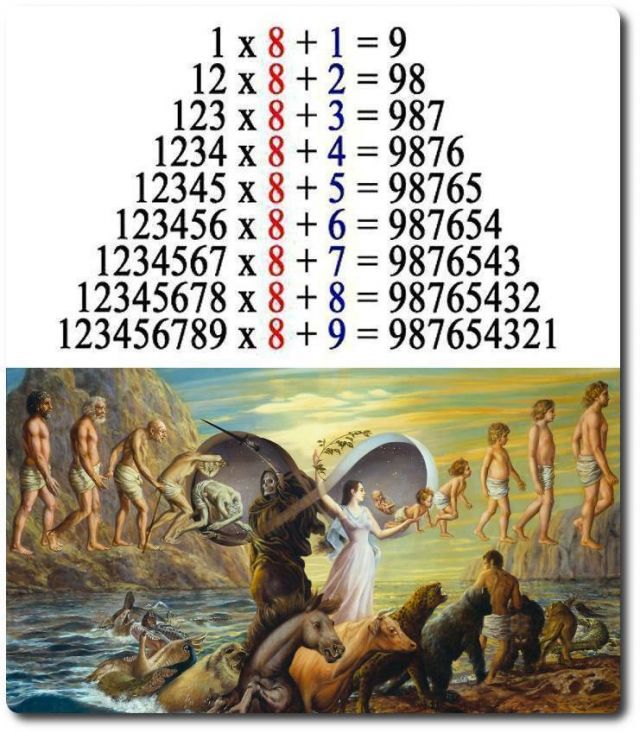 ” Exposing the biggest secret on planet earth. No evidence of alien life has been more soft after than a Message from another world. people have seen ufo’s but to Communicate with an alien, that would be the key to unlocking The secrets of life in the universe. But one historic incident stands above the rest. 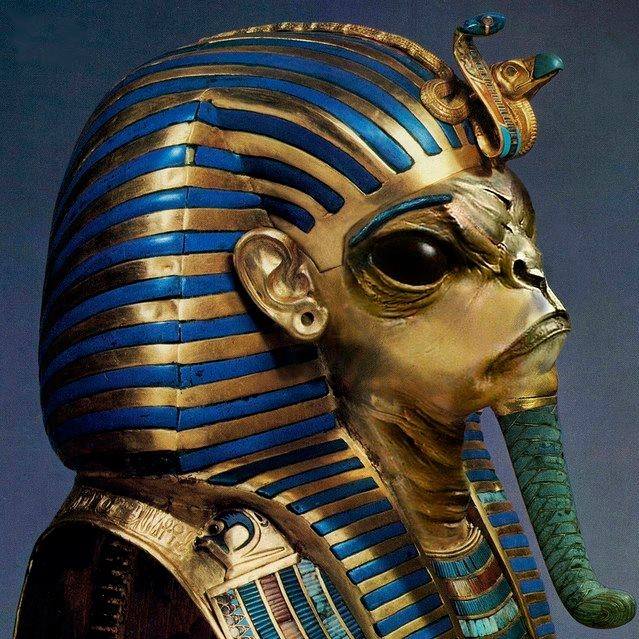 The year is 1980. In the midst of the cold war, The entire war is on edge. The possibility of annihilation Sparked by america and the USSR is at an all time high this is December 1980.

A period of international Tension Ronald Reagan has been elected President. This is a period that the cold War is defrosting and a danger that it might become pretty hot. 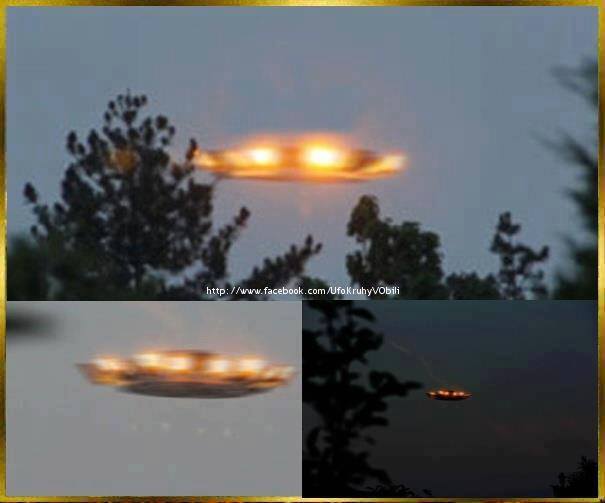 Troops are stationed at the royal air force base in the UK. Around 3:00 am on the night of December 26th, radar loses track in the woods. They notice something strange high above the forest. Radar indicated it could be a downed aircraft. Among the soldiers to witness these lights are airmen first Class boroughs and pendeston.

What they find after driving Into the forest is not a downed aircraft. as I was getting out of the vehicle, it felt like there was Static electricity in the air. Things felt abnormal. 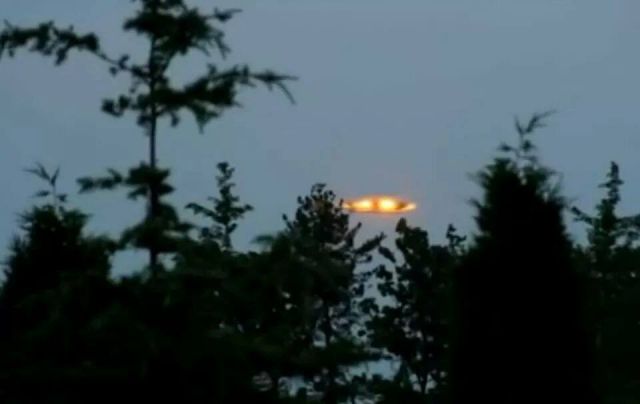 Both of us looked at each other and realized something was going on. Above the trees the two men see The silhouette of a try angular shaped craft. The object was dancing on our skin and clothes.
At that point in time I knew I had an unknown object in front of me.

Sergeant reaches for his Notebook to record the details of the object that was almost Six feet tall with mysterious symbols etched on the side of The craft. One of the things that sets The forest apart is this wasn’t just lights in the sky. This was a landed ufo. They both got extremely close to this object. 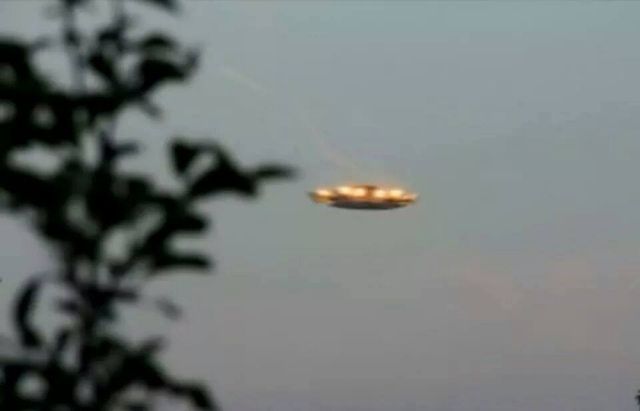 It had turned down in a small Clearing in the forest and Jim claims that he got so close to This thing he was able to reach out and touch it. I took my hand and ran it over the bottom all the way across. It felt like going over the smoothest of metal to like sandpaper, but then something happens That will change his life forever.

Out of all of them one was larger. I decided to touch that one. I touched that symbol and I had An explosion of white light where I couldn’t see, I was Blinded.

I started seeing 1′s and 0′s. They were like inside my mind’s eye. They burn into his memory leaving an imprint of an alien Code. 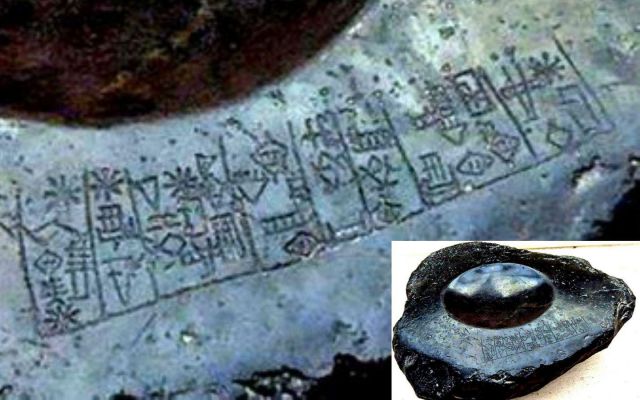 I think I was plain terrified. Somehow I was able to pull my hand off and stop. The craft started to move a Little bit and then it was gone in the blink of an eye. Next, the two men we witnessed the craft in the Forest reveal a shocking secret and their hunt for the truth Reveals a shocking alien contact. 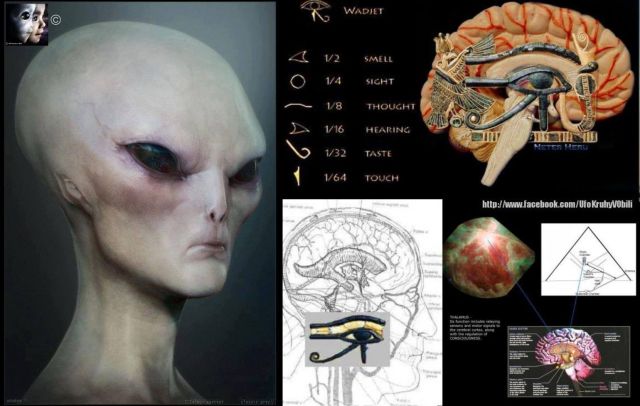 It is coming this way. This is “unsealed alien Files.”  Exposing the biggest secret on Planet earth. Late in the night two men Experience something in the forest. He is shaken by his experience and the vision it leaves behind. John boroughs maintains a different memory of the events Entirely. I do not remember seeing Jim walk around the craft. What I clearly remember was we Got close to something and the next thing I know it appeared to go out into the sky. 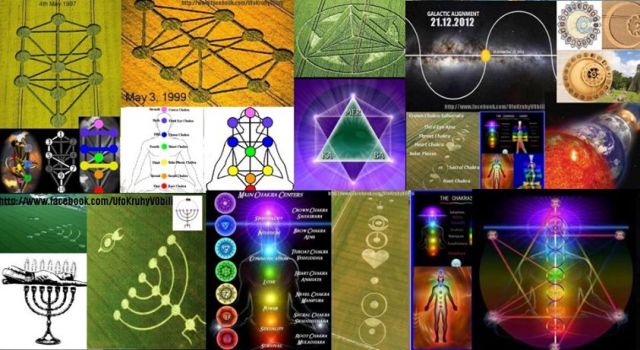 When they returned to base it transpired that more time had elapsed than they realized. Time it seemed not only had run on, but had maybe one at different speeds for them. This takes us to quite Extraordinary territory. But when you talk to John and Jim and people who looked at this case. Theories had bounced around. Could the ship have caused The exception of time, their search for the answer uncovers evidence that must be heard to be believed. Unsealed case file the Charles halt recording. The following evening. John boroughs meets with base Commander shalt to reexamine the site of the commander.

They checked nearby trees for radiation. One of the things that came up was that the radio traffic was being recorded through the command post. The side facing the expected landing site. We were taking the sample now. That is the strongest point on The tree? yes, sir. It had gone all the way to the side of the meter. The course of the investigation changes when a Soldier on the team notices something unusual. A glowing light spotted in the distance. 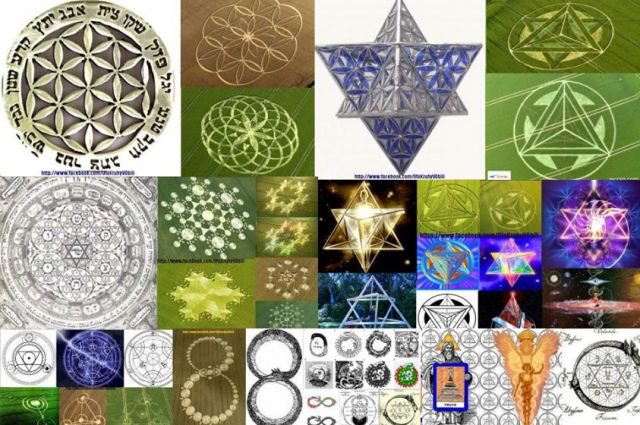 There it is. What is it? I don’t know, sir. It is a strange, small red Light. Maybe a quarter to a half. There is no doubt this is genuine and it is extraordinary. You can hear the tension and fear in their voices as the ufo Approaches them. You can hear the ufo’s coming Closer. The object exploded into a Great white light and shot back out. He is thinking about this and he said was this communication? A warning? What was it? On January 13th, 1981, colonel halt writes a memorandum about The incident. In it he confirms that what they Encountered on the previous night was no figment of the Imagination but a real phenomenon. 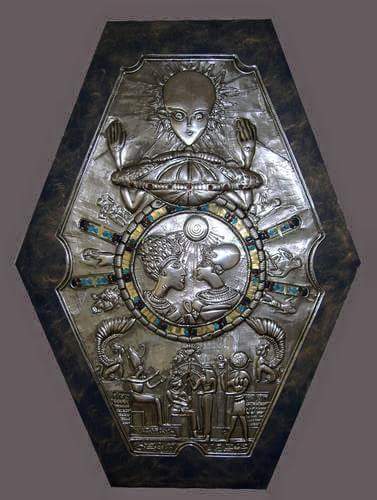 Two pieces of evidence to support the incident was the Memo and the tape recording. But what we found out years Later was that there was a more significant piece and that was the code that he received when he touched the craft. But he was still keeping the code a secret. I was still having the codes Flashing. After I completed 16 pages I Felt great. But I wasn’t going to report That because it sounds in sane.

So I kept it quiet. When he touched this the huge jolt and information somehow transferred to him. He forgot about this. Maybe he didn’t realize it was important.
It was only 30 plus years he realized he was sitting on Something of the utmost significant. coming up next, we reveal the meaning mind the code in his notebook and uncover the shocking identity of the beings who sent it to us. 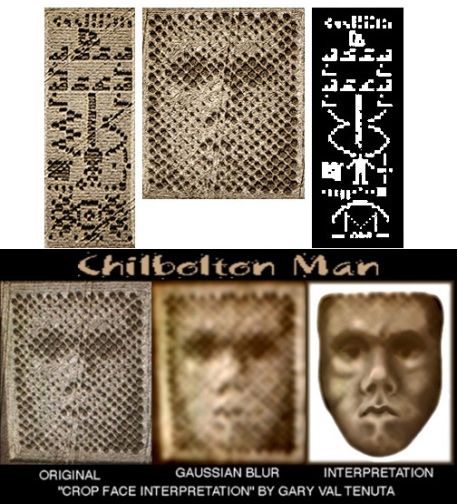 Received in a vision.

For 30 years these pages remained hidden until a chance Reunion with his partner in as we were going through the book he came to pages that had I said these are binary Codes.
In 1974 scientists broadcast A message at a power of 1,000 kilowatts into deep space. When the message was sent up at that time it was the most Powerful message that we had sent.
It was sent up in long strings of 0s and 1s. The easiest way to understand binary code is to think of it as Morse code. You put 8, 1s or 0s together and You get a band.
The code watts was decided to be The universal language.

It would be the easiest thing to Decipher. When we sent the message to the Heavens we gave details about the universe and details about Who we are as humanity. 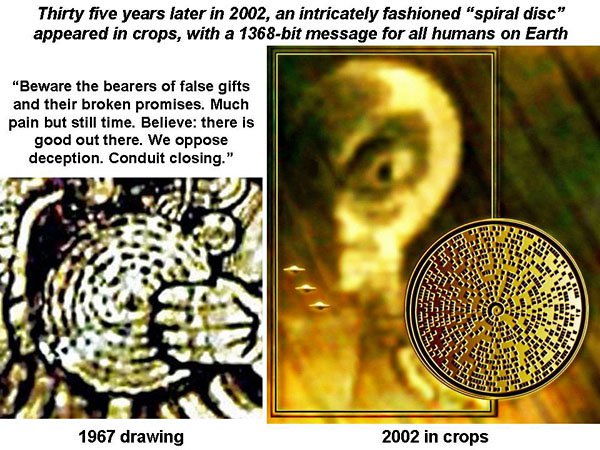 If pensatan received Communication and we were able to decode it. That message could change humanity. The al yen code.In 2012 I was given six pages From his notebook. I was asked to see if there was a message inside. Nick was asked to take the First six pages and determine if in fact they meant anything at All.
I was skeptical that I would Find anything. I started running them into my Translator and I was shocked to find a message. Which red latitude and longitude coordinates. When I saw the message a chill ran down my spine.

I was not expecting to find anything. And here was a message that would appear to come from the Aliens if they were trying to communicate for us. The message could be in instruction or perhaps a warning A possibility made more intriguing by the numbers that Appear in the code.

It is the right number of Digits appearing somewhere on planet earth. When plotted on a map. They fall off the coast of Ireland and island once known as high procele. It has been dubbed a sort of lost land a mythical country as It were that some believe were the site of an advanced Civilization. According to legend. Those who have seen it reported a land filled with a wealthy Civilization whose architecture was filled with domes.

Then the island disappeared from the map. But in the pages that followed. Continued analysis has uncovered Other coordinates around the globe. It clearly shows grid coordinates from around the Globe. United states, central America, South America, Greece, Egypt and China. Many have speculated that it points to alien ancestors on Planet earth.But there is more to this story Than we have been led to believe. Many believe that this code could be the smoking gun that Blows open the whole mystery of UFO phenomenon itself. 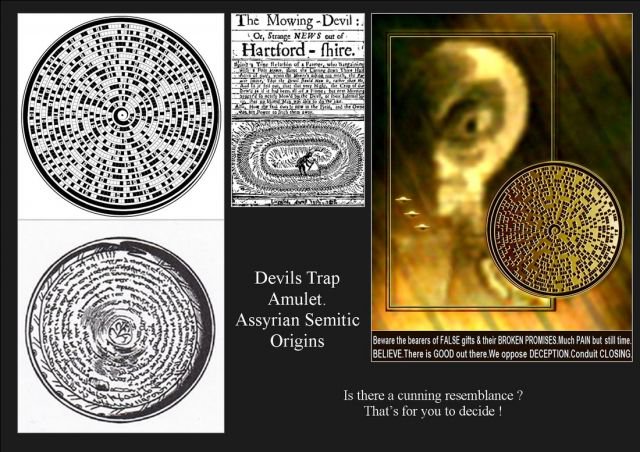 But to fully understand the message we must answer the question who sent it to the human race and perhaps the most Shocking revelation of the encounter is that Jim believes he has the answer.
Why would a race that Traveled thousands of light years play hide and seek with us, give us a binary message and why is it in English and why Does the craft have markings like the US air craft? It doesn’t point to alien. This is not a ufo. Coming up next jim exposes the creatures in the forest with An answer that will shock the world.

” Within the 16 pages of code Recorded by Jim in the forest, the most important detail may be his explanation of who gave it to him. This is not about UFOs. It doesn’t point to alien. What I seen was a craft that was us for the future. Perhaps the code is actually a message from our own species.

If Jim is correct the true message of the code is an Assurance that mankind will survive well into the centuries Ahead and the revelation that UFOs on planet earth may be a Glimpse into our future this is unsealed alien files. We interviewed legendary voice and radio show host John B. Wells on many topics including UFO’s. Click below to listen!