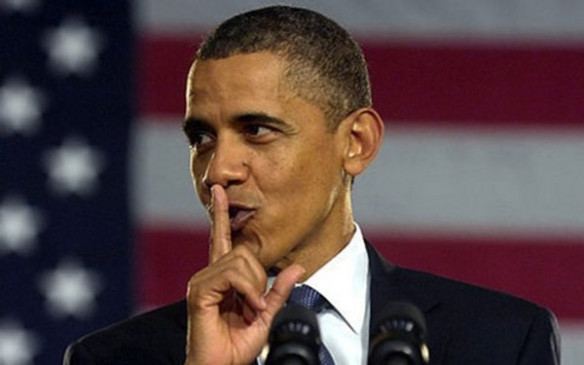 Pulitzer Prize winning investigative journalist Samuel Hersh claimed yesterday that the Obama administration lied to the American people about certain aspects aspects of the 2011 raid that killed Osama Bin Laden. According to Hersh, the United States did not act alone when Navy SEALs were sent to capture or kill the world’s most wanted terrorist. The real story, according to the report, is that members of Pakistani intelligence services were privy to the raid months before it happened and that it was a “walk-in” Pakistani intelligence officer who gave up the location of Bin Laden rather than a CIA operation that tracked him down by following various couriers. Further, it has been claimed that Bin Laden was not buried at sea the way the Obama administration said, but rather, his limbs were simply thrown from the helicopter after the mission (suggesting that some portion of his body, perhaps his head, were retained for posterity’s sake).

It’s  a markedly different story than the one President Obama told on the night he announced Bin Laden’s death. In that nationally televised speech the President took credit for ordering the raid and made it clear it was a unilateral action involving only American assets.

The Obama administration has spent the last 24 hours working to discredit the story. Pentagon spokesman Col. Steve Warren said the report from Hersh was “largely a fabrication” with “too many inaccuracies.” The White House says the Hersh’s investigation is riddled with inaccuracies.

But according to NBC News, which has reportedly been conducting their own investigation for the last several years, Hersh’s claims aren’t that inaccurate after all.

Two intelligence sources tell NBC News that the year before the U.S. raid that killed Osama bin Laden, a “walk in” asset from Pakistani intelligence told the CIA where the most wanted man in the world was hiding – and these two sources plus a third say that the Pakistani government knew where bin Laden was hiding all along.

The U.S. government has always characterized the heroic raid by Seal Team Six that killed bin Laden as a unilateral U.S. operation, and has maintained that the CIA found him by tracking couriers to his walled complex in Abbottabad, Pakistan.

The new revelations do not necessarily cast doubt on the overall narrative that the White House began circulating within hours of the May 2011 operation. The official story about how bin Laden was found was constructed in a way that protected the identity and existence of the asset, who also knew who inside the Pakistani government was aware of the Pakistani intelligence agency’s operation to hide bin Laden, according to a special operations officer with prior knowledge of the bin Laden mission. The official story focused on a long hunt for bin Laden’s presumed courier, Ahmed al-Kuwaiti.

The NBC News sources who confirm that a Pakistani intelligence official became a “walk in” asset include the special operations officer and a CIA officer who had served in Pakistan. These two sources and a third source, a very senior former U.S. intelligence official, also say that elements of the ISI were aware of bin Laden’s presence in Abbottabad. The former official was emphatic about the ISI’s awareness, saying twice, “They knew.”

The one thing that President Obama could hail as a success during his tenure as President has now been exposed as an outright lie.

It looks like all those ‘conspiracy nuts’ who took issue with the “official” story following the President’s original announcement of bin Laden’s death were not so crazy after all. There’s a reason millions of Americans have lost trust in their government, and especially with the sitting President of the United States. It’s because we have been consistently lied to about anything and everything of any significance.

What else are they lying about?

Fast and Furious gun running? Economic recovery? Official unemployment numbers?Jade Helm military exercises? The Ukraine conflict? Or, what about the deaths of SEAL team members that were supposedly involved with Bin Laden raid?

Flashback: Representative Joe Wilson breaks State of the Union Decorum when he shouts “You Lie” during President Obama’s speech.

How right he was…

At this point, nothing they say can be trusted.