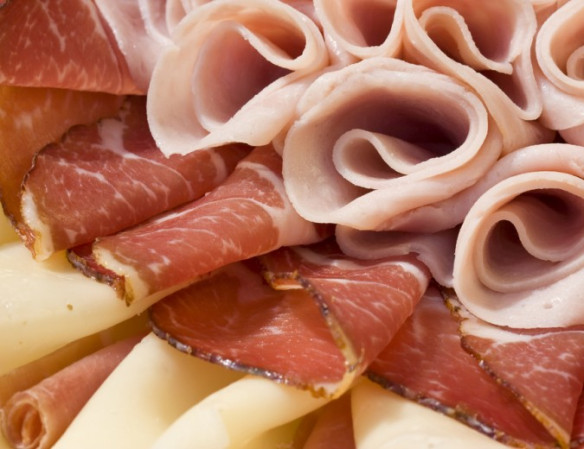 The International Agency for Research on Cancer (IARC ), a branch of the World Health Organization, released a report on October 26, 2015 that evaluated the carcinogenic potential of processed and red meat.

After delving into the mounting scientific literature exploring the correlation between cancer and diet, a group of experts derived from 10 different countries assembled by the IARC Monographs Programme classified processed meats as “carcinogenic to humans.” Such meat has now been  placed in the highest possible category, group 1 out of 5 — the same category as tobacco, alcohol, arsenic, and asbestos. 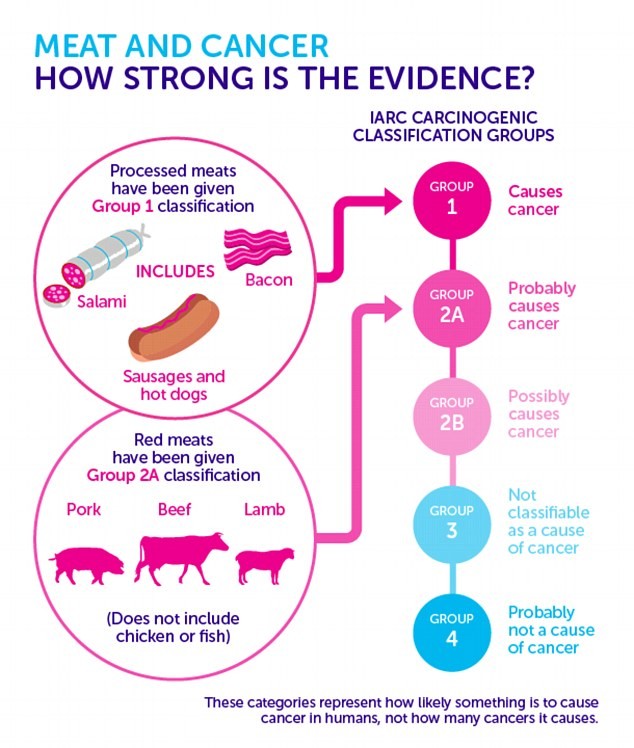 The report notes that these statements are based upon evidence from “more than 800 studies that investigated associations of more than a dozen types of cancer with the consumption of red meat or processed meat.” The group concluded that each 50 gram portion of processed meat (roughly about two slices of bacon) that a person ingests daily increases the risk of colorectal cancer by 18%.

The IARC defines processed meat as “meat that has been transformed through salting, curing, fermentation, smoking, or other processes to enhance flavour or improve preservation.” Examples include sausages, bacon, ham, and corned beef.

The group also reviewed red meat, defined as the muscle from mammal species, which they placed within category 2A, stating that it is “probably carcinogenic to humans.” The group elaborated that the correlation between red meat and cancer was “observed mainly for colorectal cancer, but associations were also seen for pancreatic cancer and prostate cancer.”

“These findings further support current health recommendations to limit intake of meat,” said Dr Christopher Wild, Director of IARC, in a statement at the close of the report. “At the same time, red meat has nutritional value. Therefore, these results are important in enabling governments and international regulatory agencies to conduct risk assessments, in order to balance the risks and benefits of eating red meat and processed meat and to provide the best possible dietary recommendations.”

The American Institute for Cancer Research (AICR) welcomed the IARC report. “For Years AICR has been recommending that individuals reduce the amount of beef, pork, lamb and other red meats in their diets and avoid processed meats like bacon, sausage and hot dogs,” said the AICR’s Vice-President of Research, Susan Higginbotham RD, PhD, in a media advisory that was released on the same day as the IARC report. “This advice grows out of our expert reports and the Continuous Update Project, our ongoing review and analysis of the global scientific research on how diet, physical activity, and weight affect cancer risk.”

Reports such as this, alongside recent surges in science, further highlight the crucial impact our diet has upon our physical well-being. We know that each mouthful of food we deposit into our bodies will either serve as an inflammatory agent or one that will nourish it. However, precautions can be taken for those who choose to eat meat to ensure they steer clear of the most carcinogenic animal-based compounds.

Cancer Research UK, a British-based charity, notes that, “White meat, such as chicken, is unlikely to increase the risk of cancer.” The organization also cautions that, “Cooking meat at high temperatures such as grilling or barbecuing can produce cancer-causing chemicals called heterocyclic amines (HCAs) and polycyclic amines (PCAs).” Meanwhile, the UK’s National Health Service suggests that consumers should cut down red meat consumption to 70g per day to maintain a healthy balance.

Just recently, the Authentic Enlightenment team welcomed Kory Muniz to the show. Kory is a high-profile Los Angeles activist, leading GMO free lecturer and eminent holistic health care provider in Southern California. The last name may be familiar to you, as she is the stepmother of Hollywood star Frankie Muniz. It’s a very informative interview, please listen and share :)