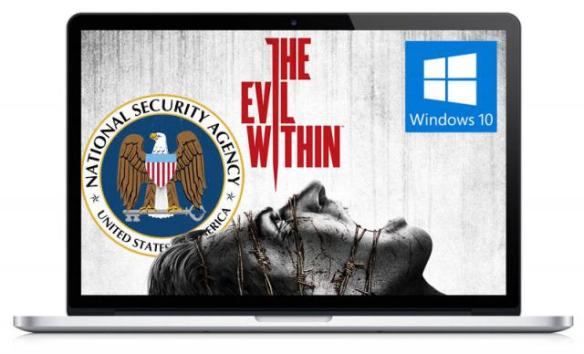 Windows 10 users are unable to stop the new operating system from spying on them, and even Microsoft is unable to prevent it from collecting some types of data. Microsoft has continued to insist that Windows 10 users enjoy full privacy and can always choose to turn of the data collection options in settings. But, for the first time, the Redmond-based software giant has admitted that the process of collecting core background data in Windows 10 cannot be stopped.

Speaking to PC World, Microsoft Corporate Vice President Joe Belfiore said that Windows 10 constantly tracks how users operate and use the operating system and then automatically sends that information back to Microsoft. Windows 10 users have the option to turn off some of the tracking elements, but it is impossible to stop the operating system from collecting core data, according to Belfiore.

“In the cases where we’ve not provided options, we feel that those things have to do with the health of the system,” said Belfiore. “In the case of knowing that our system that we’ve created is crashing, or is having serious performance problems, we view that as so helpful to the ecosystem and so not an issue of personal privacy, that today we collect that data so that we make that experience better for everyone.”

Disclose.tv learned that Microsoft continues to have different rules for corporations and average consumers. Users of Windows 10 Pro and Windows Enterprise can always disable automatic updates and stop the the operating system from sending data back to Microsoft. But Microsoft has made automatic updates mandatory for users of Windows 10 Home and does not provide them any option to stop the operating system from accessing their private data such as bandwidth consumption, display ads in the Start Menu, keyboard log and browser history. All Windows 10 users are required to agree to the End User License Agreement (EULA) specifying these data collection norms before installing the new operating system, but few users actually read the entire document.

Forbes does gives credit to Belfiore for recognizing the controversial nature of Microsoft’s data collection practice. “We’re going to continue to listen to what the broad public says about these decisions, and ultimately our goal is to balance the right thing happening for the most people — really, for everyone — with complexity that comes with putting in a whole lot of control,” said Belfiore.

“Users will still need to confirm the installation manually for it to continue. If they choose not to proceed, Korst said “the customer will have the ability to delay it for some period” . He was unable to clarify how long users would be able to delay the upgrade for but added that people who didn’t like Windows 10 would be able to roll back to their previous OS within 31 days.”