THE NEIGHBORHOOD OF CAMPECHE sprawls up a steep hillside in Haiti’s capital city, Port-au-Prince. Goats rustle in trash that goes forever uncollected. Children kick a deflated volleyball in a dusty lot below a wall with a hand-painted logo of the American Red Cross.

In late 2011, the Red Cross launched a multimillion-dollar project to transform the desperately poor area, which was hit hard by the earthquake that struck Haiti the year before. The main focus of the project — called LAMIKA, an acronym in Creole for “A Better Life in My Neighborhood” — was building hundreds of permanent homes.

END_OF_DOCUMENT_TOKEN_TO_BE_REPLACED 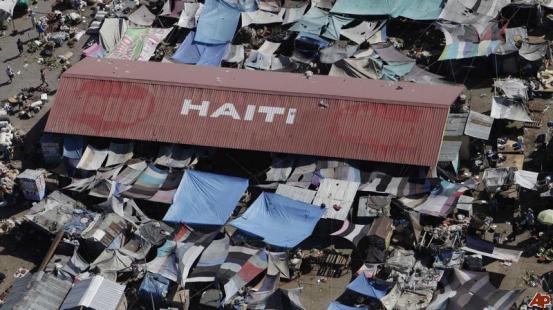 The catastrophe also unleashed an unprecedented flood of humanitarian aid — $13.5 billion in donations and pledges, about three-quarters from donor nations and a quarter from private charity.

END_OF_DOCUMENT_TOKEN_TO_BE_REPLACED


(AP) A new report on American aid to Haiti in the wake of that country’s devastating earthquake finds much of the money went to U.S.-based companies and organizations.

The Center for Economic and Policy Research analyzed the $1.15 billion pledged after the January 2010 quake and found that the “vast majority” of the money it could follow went straight to U.S. companies or organizations, more than half in the Washington area alone.

The report’s authors said that a lack of transparency makes it hard to track all the money.

“It is possible to track who the primary recipients of USAID funds are, yet on what are these NGOs and contractors spending the money?” authors Jake Johnston and Alexander Main wrote. “What percent goes to overhead, to staff, vehicles, housing, etc.? What percent has actually been spent on the ground in Haiti?”

USAID did not respond to requests to comment on the report Friday. 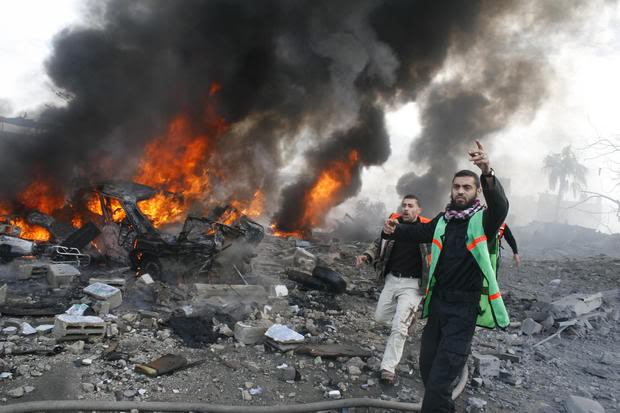 (electronicintifada) I wasn’t sure whether to laugh or scream when tipped off about the latest propaganda blitz planned by European Friends of Israel, a key lobby group in Brussels.

Its calendar for the next few weeks — not yet posted on the EFI website — features a number of events designed to present Israel as a caring and liberal country, which has managed to inoculate itself from financial crises.

Later this month (23 January) the EFI will host a mini-conference titled Humanitarian aid – Israel as a world leader. According to the EFI’s blurb, Israel has “aid teams poised to respond in the wake of natural or man-made disasters anywhere in the world.” One of these teams, apparently, was “first on the scene in January 2010 after the earthquake hit Haiti.”

Have those few words broken all previous records for chutzpah? At the time Israel was rushing to help Haiti (or so we are told), it was enforcing a medieval siege on more than 1.5 million people in Gaza. Israel was in no hurry to address the “man-made disaster” its own policies had caused. Rather, it was only after Israeli troops murdered nine activists trying to bring humanitarian aid to Gaza on a flotilla in May 2010 that it moved to ease, but not lift, the blockade.

Nor, it should be added, is there anything heroic about having the first aid workers in Haiti. As a short new book — L’échec humanitaire: le cas haïtien (The humanitarian failure: the Haitian case — by Frédéric Thomas illustrates, that Caribbean nation has been betrayed and misled by the Western aid industry. Of $10 billion pledged to Haiti at an international donors’ conference in New York during March 2010, less than $2.5 billion had been released by July 2012.

Thomas is especially scathing of how aid pledges are made for purposes of “self-congratulation,” in which the “first recipient of the message is not the Haitian people but voters in the donor country, who are invited to agree with their governments, so generous and effective.” While he does not mention Israel, the criticism can be applied to it.

Israel sent over 250 soldiers to Haiti after the earthquake, and posted videos in their honor on Facebook. Not only was this a clear case of hasbara — as propaganda is called in Hebrew — it violated a principle which genuine humanitarians regard as fundamental: that emergency assistance should be of a civilian nature and be seen as impartial.

The EFI is a cross-party alliance of members of the European Parliament (MEPs). Its conference — to be hold in the Parliament’s headquarters — will be addressed by Navonel Glick from the Israeli Forum for International Humanitarian Aid (IsraAid). Glick has been in New York lately in an apparent gesture of solidarity with victims of Hurricane Sandy.

IsraAid took advantage of that catastrophe by claiming that having a strong military enables Israel to undertake emergency missions. Of course, the less humane side of the same army was displayed when Israel rained its bombs down on Gaza for eight consecutive days in November, again making a mockery of its claim to be a “world leader” in humanitarianism.

Soon after mythologizing about Israel’s aid operations, the EFI will turn the spotlight on Israel’s economic prowess. A promotional note for a 29 January meeting says that though Israel is small “a host of reforms aimed at liberalizing the economy have allowed it to stand out as one of the world’s most competitive economies.” The main speaker will be Chaim Hurvitz from Israel’s top pharmaceutical firm Teva.

In a March 2012 study, Who Profits? — a project set up by Palestinian and Israeli women — documented how Teva benefits from the occupation. The construction of Israel’s apartheid wall has meant that pharmacies and hospitals in occupied East Jerusalem have been prevented from dispensing medicines manufactured in the West Bank. As a result, healthcare services on which all Palestinians in East Jerusalem and many others from across the West Bank rely have been forced to buy Israeli and foreign drugs.

In an ironic twist, EFI will switch from applauding “competitiveness” — a doctrine which holds that social protections should be dismantled — to embracing young Israelis who demand that the welfare state be preserved. On 20 February, its special guest will be Daphne Leef, who the EFI has appointed “leader” of last year’s Tel Aviv protests against the right-wing policies of Benjamin Netanyahu’s government.

Leef has a skewed sense of justice. In a much-circulated speech delivered during September 2011, she grew emotional over how “one million Israelis were living under the threat of missiles” fired from Gaza, without saying anything about how four million Palestinians live under a brutal occupation.

It is not hard to see why the EFI is happy to court her. Leef is a useful pawn for lobbyists determined to perpetuate the lie that Israel is a vibrant democracy.