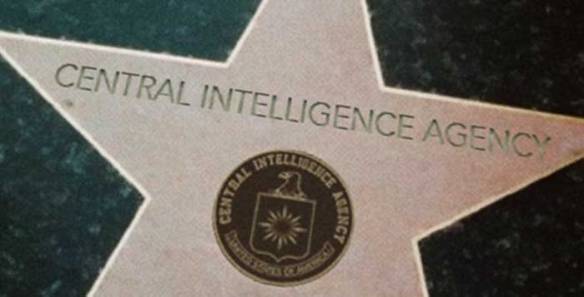 The CIA has had a long history in Holly­wood. During the 1950s, CIA asset Luigi G Luraschi used his posit­ion as head of censorship at Paramount Studios to bring film content in line with the Agency’s ideals. Scenes that portrayed the US in a bad light were cut; films such as High Noon (1952) were prevented from receiving certain industry awards; and well dressed ‘negroes’ were placed in lavish on-screen environ­ments to suggest that the US didn’t have a race problem. In order to tame or otherwise subvert their content, the CIA also covertly assisted on the film adaptations of George Orwell’s Nineteen Eighty-Four (1954) and Animal Farm (1955), as well as Graham Greene’s The Quiet American (1958).  END_OF_DOCUMENT_TOKEN_TO_BE_REPLACED 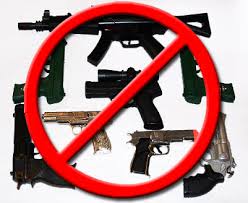 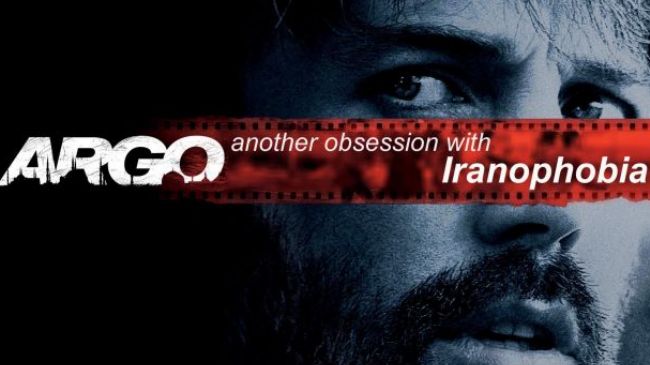 (PressTV) -Iran is planning to sue those Hollywood companies and filmmakers that contributed to the production of anti-Iran propaganda films such as Argo.
Iran cultural officials talked to an internationally-renowned French lawyer Isabelle Coutant-Peyre over filing a lawsuit against Hollywood during a meeting held in Tehran’s Palestine cinema on March 11.
The meeting was held alongside a conference titled The Hoax of Hollywood organized by the Iranian Ministry of Culture and Islamic Guidance.
“The conference was held to unify all cultural communities in Iran against the attacks of the west, particularly Hollywood,” said the conference secretary general Mohammad Lesani.
The Hoax of Hollywood conference was programmed to review Hollywood’s plans for the production of anti-Iran movies which promote Iranophobia.

“I will defend Iran against the films like Argo, which are produced in Hollywood to distort the country’s image. I will stand by the Iranian people to inform the world about the dissemination of propaganda against Iran,” said Coutant-Peyre in the conference while making the remarks on the issue.

Many critics believe that Argo is an attempt to describe Iranians as overemotional, irrational, insane, and diabolical while at the same, the CIA agents are represented as heroically patriotic.
Made on a budget of about USD 44 million by the Warner Bros, Ben Affleck’s Argo is replete with historical inaccuracies and distortions in cinematic representation of the 1979 US embassy incident in Iran.
The Iranophobic film Argo as “an arrant instance of Hollywoodism” is a far cry from a balanced narration in which everything is narrated one-sidedly.
This was not the first time Hollywood has pushed a distorted picture of Iran and Iranian culture.
Brian Gilbert’s 1991 family drama Not Without My Daughter chronicles the story of an American woman who is married to an Iranian doctor.
Poking at the Iranian customs and traditions, the movie depicts the couple who live happily in America but once they travel to Iran, the man suddenly changes from a well-bred and highly educated man to a rustic boar who decides to force his wife to stay in Iran.
In 2007, the American movie 300, as Greeks-versus-Persians action flick, also insulted ancient Iranian culture and distorted true Image of Persian civilization.

(Press TV) -The granting of the Best Picture Oscar to the Iranophobic movie Argo has long been foreseeable as the Machiavellian maneuvering of Hollywood propaganda harbors a much more elaborate imperialistic scheme, political analysts say.

“I put my money on this film to win the Best Picture Oscar (even though there is nothing remotely “best” about it) especially if Obama can pull off winning the Presidential election,” wrote cultural critic Kim Nicolini in an article published in October 2012.

“It also primes the war wheels for an American-supported Israeli attack on Iran, so that Leftists can feel okay about the war when they cast their vote for Obama in November (2012),” the critic pointed out.

At the 85th edition of Academy Awards at the Dolby Theatre in Hollywood, California, on Sunday, Michelle Obama, the US First Lady, announced Argo as winner of the Best Picture Oscar, live from the White House.

The thriller directed by US filmmaker Ben Affleck is loosely based on the allegedly historical account by former CIA agent Tony Mendez about the rescue of six American diplomats during the takeover of the US Embassy in Tehran after Iran’s 1979 Islamic Revolution.

The revolutionary Iranian university students who took over the US Embassy believed that the embassy had turned into a den of espionage which aimed to overthrow the nascent Islamic Republic establishment.

Argo only tells the rescue operation of the six Americans from the Canadian Embassy in Iran, with no mentioning of the 53 Americans who spent 444 days in the US Embassy.

Nicolini lashed out at Argo for completely neglecting to provide the Iranian’s side of the story, noting, “The film is a sanitized version of the events.”

She argued that “there is nothing authentic about the film’s manipulation of historical events,” and described the movie as “pure political propaganda.”

“Given the vast number of people who have died in the Middle East (Americans, Iranians, Iraqis, Afghanis, etc.), why should we give so much attention to 6 white American diplomats who were saved by Hollywood and the CIA? What about all the other people from so many cultural demographics who have and are continuing to be massacred, murdered and tortured daily?” the critic questioned.

One of the most disputed aspect of Argo’s version of events has to do with Canada’s role in the escape, as the film is considered to be a very inaccurate dramatization of a purported joint CIA-Canadian secret operation.

Former Canadian Ambassador to Iran Ken Taylor has heavily criticized the movie, saying, “The amusing side is the script writer (Chris Terrio) in Hollywood had no idea what he’s talking about.”

He said Argo downplays the actual extent of the Canadian involvement which was considerable.

Taylor criticized Argo for incorporating a myriad of creative liberties that included the “black and white” portrayal of Iranian people and fabricated scenes, adding that Argo “characterizes people in a way that isn’t quite right.”

The former Canadian envoy argued that Argo didn’t portray “a more conventional side,” and “a more hospitable side” of the Iranian society as well, an “intent that they were looking for some degree of justice.”

Political analysts say Argo unmasks the elaborate US scheme to employ every medium in its propaganda apparatus to incite Iranophobia across the globe.

“Argo is an arrant instance of Hollywoodism. In point of fact, it is yet another attempt to foment Iranophobia not only in the USA but across the world as well,” Iranian academic Dr. Ismail Salami wrote in an article on Press TV website in November 2012.

“In recent years, Iranophobia has come to encompass a wider scope of media including cinema which is incontestably capable of exercising a more powerful effect on manipulating the audience,” he said.

The analyst also lashed out at Argo’s director for portraying a “stereotyped and caricatured view” of the Iranian society and noted that Affleck has consciously sought to ridicule “the very customs and traditions” of Iran.

In an interview with Press TV, top Iranian official Masoumeh Ebtekar who was a spokeswoman of the students who took over the US Embassy in 1979, says she initially thought that the film would be a balanced representation of events, but after seeing the film, she says it does not tell the story of the takeover as it actually happened.

“The group who took over the American Embassy were a group of young, very orderly and quite calm men and women … The scenes that you see in Argo are totally incorrect,” Ebtekar said.

On the 19th of January 1981, the Algiers Accords was signed by the United States and Iran which secured the release of the American diplomats. A day later, the 53 Americans were released in Tehran and minutes later former US President Ronald Reagan was sworn into office.

Meanwhile, political observers contend that the US has always sought to keep the Algiers Accords hidden from the general public and it comes as no surprise as Argo makes no mention of the accords either.

(Gawker) -As it turns out, Jackie Chan is not very grateful to the country that helped him roundhouse kick his way into an estimated $130 million fortune. Speaking on a television show in Hong Kong, Chan had some harsh words for the good ol’ U. S. of A.

Chan was discussing recent progress China has made, removing corruption from its government (with limited success) when he called America “the most corrupt [country] in the world.” Chan then continues (as translated by Ministry of Tofu), blaming America for the world’s troubles and spouting some seriously nationalistic nonsense:

Chan: Of course. Where does this Great Breakdown (financial crisis) come from? It started exactly from the world, the United States. When I was interviewed in the U.S., people asked me, I said the same thing. I said now that China has become strong, everyone is making an issue of China. If our own countrymen don’t support our country, who will support our country? We know our country has many problems. We [can] talk about it when the door is closed. To outsiders, [we should say] “our country is the best.”

Host: So he can’t get enough of his more than 20 ambassador titles. I think the Ministry of Foreign Affairs should ask him to be the ambassador to the United States.

As the Washington Post‘s Max Fisher points out, Chen has a history of controversial political views. Chan once called Taiwan and Hong Kong examples of what happens when you have “too much freedom.” He also once said “Chinese people need to be controlled, otherwise they will do whatever they want,” regarding Chinese censorship of his movies. 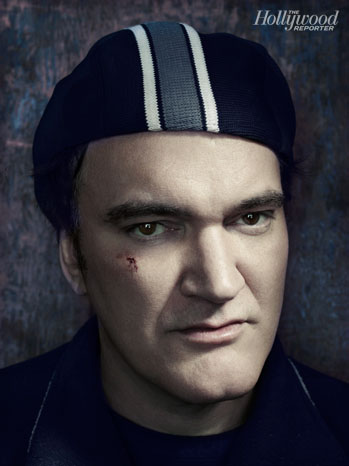 The “Django Unchained” director told a talk show that as he researched slavery, he saw the same sort of injustices happening in America today.

(TheHollyWoodReporter) - Although race always has been an element in his work, Django Unchained has become the flash point for public examination of Quentin Tarantino‘s thoughts about African-Americans.

Tarantino’s new film is set just before the Civil War and features Jamie Foxx as a freed slave who seeks to save his wife by taking down the brutal plantation owner who owns her. The revenge in the film is a symbol for greater black liberation, but as he said during a recent appearance on a talk show in Canada, Tarantino does not believe conditions have wholly improved. Instead, he asserted, the dominion has simply shifted.

“This whole thing of this ‘war on drugs’ and the mass incarcerations that have happened pretty much for the last 40 years has just decimated the black male population,” the filmmaker said on George Stroumboulopoulos Tonight. “It’s slavery, it is just, it’s just slavery through and through, and it’s just the same fear of the black male that existed back in the 1800s.”

In addition, he says that the flesh-for-cash business of slavery mirrors that of the prison industrial complex.

“Especially having even directed a movie about slavery,” he said, “and you know the scenes that we have in the slave town, the slave auction town, where they’re moving back and forth — well, that looks like standing in the top tier of a prison system and watching the things go down. And between the private prisons and the public prisons, the way prisoners are traded back and forth.”

Tarantino’s words might spark some debate, not only from those politically on opposite sides of the great drug war debate but also from the film community. Graphic abuses of the slaves are depicted throughout Django Unchained, leading to a split between those who think his work is a painfully real look at the horrors of the time and others who believe the violence — along with the near-constant use of the N-word — in the movie is exploitative and not handled with respect.

As Tarantino told The Hollywood Reporter, though, no criticism he gets will impact his work.

“Not one word of social criticism that’s been leveled my way has ever changed one word of any script or any story I tell,” he says in THR‘s new “Rule Breaker” issue. “I believe in what I’m doing wholeheartedly and passionately. It’s my job to ignore that.”