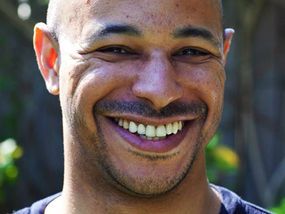 (LONDON) - (UPDATE: Ben Fellows is in touch with friends and OK.)

Journalist and former child actor Ben Fellows has gone missing after writing several articles accusing Ken Clarke of touching him up when he was 15 years old.

His YouTube channel disappeared, and his wife Julia Fellows says she has no idea who took it down. Ben Fellows’ accusation against Clarke was immediately followed by his disappearance. As you will learn in this video, his wife was told by police that they are not going to investigate.

On the 22nd of October 2012, Patrick Henningsen, the UK Column’s geopolitical analyst, posted a guest article on his personal website by former child actor and documentary maker, Ben Fellows.

You may remember Ben – he was the whistleblower who broke the G4S Olympic Games scandal, via Tony Gosling’s radio show, Louise Collins’ radio show, and a previous UK Column Live broadcast.

In his article of the 22nd of October, Ben alleges that he was touched inappropriately by none other than arch-Bilderberger and present “Minister Without Portfolio”, Kenneth Clarke. Ben alleges that this incident took place while he was working for the Cook Report, and that he was introduced to Clarke as a 15 year old. In fact he was 18 or so at the time.

(Ben Fellows)
Following publication of Ben’s story on Patrick Henningsen’s website, Ben’s story was picked up in part by the Daily Express.
What followed was a barrage of emails to Patrick Henningsen from Ken Clarke’s “special adviser” Kathryn Laing, who works in the Cabinet Office, vehemently denying that Ken Clarke ever met Ben Fellows, and requiring Patrick Henningsen remove Ken Clarke’s name from the articles, and make other changes to the articles.
On Thursday 25th October,  UK Column Live spoke with Ben Fellows about his allegations, the people he met and what he witnessed growing up as a child actor.
[link to www.ukcolumn.org]

A recent news clip shows the first communications from Dzhokhar Tsarnaev since his arrest following the Boston bombings.

Dzhokar Tsarnaev  has not been interviewed since his arrest last month.

His mother, who maintains that both of her sons are innocent patsies, has released this recording of her phone call with Dzhokar to UK’s Channel 4 News. Dzhokar assures her he is not guilty, and says that he has been eating well and in good health.

Events surrounding the Boston Bombing, and the alleged suspects, continue to deepen as a Hollywood-like fiction is now playing out in the real world, once again.

In his first court appearance since the “foiled terror plot” Toronto-area resident Raed Jaser maintains he is innocent and “plans to defend himself vigorously” against the charges. He is currently facing charges of conspiracy to commit murder, participating in a terrorist organization and conspiracy to interfere with transportation facilities. Knowing that the FBI, CSIS and the RCMP have a history of setting up innocent men through CSIS informants I decided to ask his lawyer John Norris if any of these agencies had any contact with Jaser during their monitoring process over the past year, if they were infiltrated by a CSIS informant and why were the FBI and the department of homeland security involved in this case.

Following the rules is not easy for Jamie.

Jamie Dimon warns that JPMorgan, which is under regulatory orders to tighten internal controls, will face more sanctions in the coming months.  Dimon comments on the London Whale, criminal investigations into activities at the bank, illegal foreclosures, money laundering and the threat of cyber attack.

Here’s why Jamie is warning shareholders:

Rocky Mountain Pawn & Gun is confident about its own cultural identity. Before entering the shop – a palace of weaponry and camouflage gear – customers must pass a sign indicating that hippies should use the back door.

“Until they change that question, there’s no way,” said Chris Burnett, manager of Rocky Mountain Pawn & Gun, who said the federal form all firearms purchasers are required to fill out effectively prohibits the sale of firearms to medical marijuana card holders.

Then, in a glass display case inside the shop, another sign reads, “Federal Law Prohibits the sale of firearms to medical marijuana card holders.”

According to Chris Burnett, the store’s manager, the second sign isn’t a “hippies can’t have guns” joke, but an edict handed down from the Bureau of Alcohol, Tobacco, Firearms and Explosives, a federal agency.

Burnett said the shop put up the sign after an ATF agent called Rocky Mountain Pawn & Gun and said “anyone who has a medical marijuana card will not pass a background check.”

The ATF did not respond to requests for comment.

Nearly 100,000 Coloradoans are licensed to use medical marijuana, which treats a range of ailments, including pain, insomnia, nausea and vomiting, loss of appetite and muscle spasms.

Colorado law is in conflict with federal law, which criminalizes marijuana in all circumstances and by definition applies to the whole country.

Burnett said on the application to own a firearm, which is submitted to the federal government, the applicant is asked whether he or she has ever used illegal drugs, and because marijuana is illegal according to federal law, medical marijuana users must answer “yes” or commit a crime – meaning they are categorically disqualified from gun ownership.

While the gun lobby and the grass lobby are not intuitive political allies, this is the too-rare legal determination that has both in uproar.

“It’s difficult to explain it to people who we have to turn away, because they say, ‘I did this the right way, I got a permit,’ meanwhile, people who are buying it from their neighbors can still go out and by a gun,” Burnett said.

Though Burnett feared the federal government had amassed a database of medical marijuana users, against which the federal government would cross-check firearm applications as it putatively does felony convictions, Mark Sally, spokesman with the Colorado Department of Public Health and Environment, said that was impossible.

Only the state has that list, he said, and like all matters between doctors and patients, it is confidential.

Stuart Prall, a lawyer and marijuana advocate, said Rocky Mountain Pawn’s dilemma was indicative of the confusing state of the law regarding cannabis.

“I don’t think anybody should be denied rights, because people are taking one medicine as opposed to another medicine, and that’s true for parental rights, gun rights, any rights,” he said.

He said the unresolved and increasing contradictions in state law and federal law regarding marijuana meant that “it’s completely confusing to everybody.”

(Activist Post) The Bilderberg Group has now been directly implicated for the murder of Italian activists during the seventies and eighties.

According to Ferdinando Imposimato, a former prosecutor that investigated the Italian Mafia who is also an honorary president of the Italian Supreme Court, during a speech he delivered at a book launch revealed for the first time that the Bilderberg Group were responsible for massacres of political activists during the seventies and eighties in Italy.

Ferdinando Imposimato not only implicates the Bilderberg Group, he also reveals that the CIA and Bilderberg Group were working in partnership to destabilize the Italian political framework during the seventies and eighties.

While discussing how the Bilderberg Group and CIA tried to infiltrate Italy, Mr. Imposimato was quoted as saying:

The strategy (used by the CIA) was used to shift the political balance from right to center-left and then to left. This was orchestrated by the CIA.

The following is a list of Italian Bilderberg Group participants:

To learn more about the Bilderberg Group, click here. 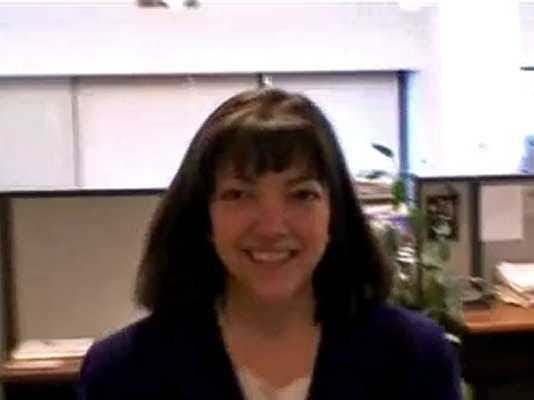 (Business Insider) - A New York state newspaper is taking drastic steps to protect its staff  after it enraged gun owners in two counties.

The Journal News, a Gannett-owned newspaper in Westchester, N.Y., published  a map showing the names and addresses of licensed gun owners in Westchester  and Rockland counties.

The Journal News tried to do the same for Putnam County, but the newspaper’s  request for records was denied because of the outrage the map had already caused  in Westchester County.

That outrage was so intense the newspaper resorted to hiring  armed security guards to man its headquarters after receiving multiple  threats, The Rockland Country Times reported Tuesday.

One reader decided to use a different tactic to express his anger at the  newspaper.

After the map was published, incensed reader Christopher Fountain used  his blog to release the name, home address, and phone number of the paper’s  publisher, editor, and the reporters behind the map.