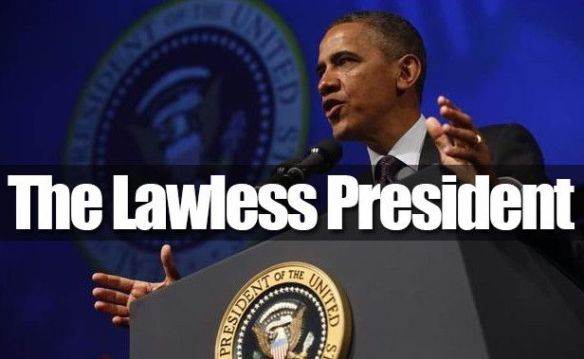 Everyone wants out of paying the oppressive Federal Income Tax. In this video, I explain the only way to do that, without landing you in prison.

END_OF_DOCUMENT_TOKEN_TO_BE_REPLACED

(RT) -In an unusual move, the New York medical examiner is reviewing hundreds of rape cases where a lab technician mishandled or overlooked DNA evidence. In some instances, the errors caused criminal investigators to make cases on bad information.

The Medical Examiner’s Office has already uncovered 26 cases where a lab technician overlooked DNA evidence, The New York Times reports. One of those cases led to a criminal indictment a decade after the piece of evidence was initially collected, while two other cases allowed investigators to link suspects to old crimes.

The technician whose work is being audited worked for the agency for nine years before resigning in November 2011. Speaking of the initiative, which began in March 2011, medical examiner’s spokeswoman Ellen Borakove told The Times, “This is the first time we’ve had anything like this.”

And the examiners involved are still not sure how extensively the problem of mishandled DNA evidence may reach. One more than one occasion, supervisors believed they had completed a review of the technician’s errors – only to discover more and more cases requiring reassessment.

Most commonly, the technician – who was responsible for collecting DNA evidence from sex crime victims’ bodies at the hospital, and putting it in test tubes for more experienced lab workers to analyze – missed stains caused by biological material, or identified them but then bungled a chemical analysis. She also apparently accidentally mixed DNA from 19 separate investigations, the report says.

Such mistakes are no small matter, and could lead to a report claiming no evidence where in fact there had been, or vice versa.

A Medical Examiner’s Office attorney said the agency was “leaving no stone unturned” in reviewing casework handled by the technician.

Though the technician’s mistakes could plausibly have caused numerous wrong acquittals, doctors involved said that they did not lead to any wrong convictions.

(BBC) A Texan student who refused to wear a badge with a radio tag that tracked her movements has lost a federal court appeal against her school’s ID policy.

But Andrea Hernandez, 15, stopped wearing the badge on religious grounds, saying it was the “mark of the beast”.

After John Jay High School suspended her, she went to court and won a temporary injunction to continue her studies at the school, without the tag.

The federal court ruling overturned that, saying if she was to stay at the school, she would be required to wear the badge. Otherwise, she would have to transfer to a new school.

The new identification policy at the Northside Independent School District (NISD) in San Antonio, Texas, began at the start of the 2012 school year.

John Jay High School is one of two schools piloting the programme, which eventually aims to equip all student badges across the district’s 112 schools with radio-frequency identification (RFID) chips.

The badges reveal each student’s location on their campus, giving the district more precise information on attendance.

The daily average of the attendance is related to how much funding each school receives.

But Miss Hernandez said the badge was the “mark of the beast”, as described in chapter 13 of the Book of Revelation in the Bible.

(ArsTechnica)Prenda Law, the ethically challenged law firm whose antics have faced growing scrutiny in recent months, just keeps digging its hole deeper. The firm is facing charges that it named a Minnesota man as the CEO of two litigious shell companies without the man’s knowledge or permission. A California judge, Otis Wright, demanded more information about these allegations, and Prenda responded by seeking to boot him from the courtroom. Prenda claims Wright is too biased against copyright trolls to give the firm a fair hearing.

The identity theft allegations were brought to the judge’s attention by Morgan Pietz, who represents one of the “John Doe” defendants Prenda is currently suing. Or at least Pietz allegedly represents a John Doe. In a Monday court filing first spotted by the “Fight Copyright Trolls” blog, Prenda suggested Pietz shouldn’t be allowed to file a brief opposing the dismissal of Judge Wright because Pietz hasn’t proved that he actually represents a John Doe in the case.

“Mr. Pietz could very well be intervening in all of these cases for his own ends, with no real client that he is defending,” writes Prenda’s Brett Gibbs. “Mr. Pietz should have to submit evidence that he is, in fact, representing the actual individual he claims to represent, and not merely inserting himself into cases on the pretense of representing that individual.”

Gibbs continues: “Mr. Pietz has demonstrated repeated hostility toward Plaintiff and toward the undersigned, and, as such, would have sufficient motive to interfere with Plaintiff’s cases without the formality of actually having a client involved in the instant litigation.”

(KPLCTV) - As 2012 becomes an afterthought, Americans can also add one other item to the past - the 75-watt incandescent light bulb.

As of Jan. 1, federal law dictates that 75-watt light bulbs can no longer be produced or imported in the United States. Retailers that still have them in stock can sell them until they run out.

The reason for the Thomas Edison invention’s demise is energy based.

“90 percent of the energy the bulb uses is wasted,” said Celia Kuperzmid-Lehrman of Consumer Reports.  “What they replaced them with are much more energy-efficient bulbs.”

Kuperzmid-Lehrman stated that the replacements for the incandescent bulb are also as bright and will save consumers more money over time.

Most screw-in bulbs must use at least 27 percent less energy by 2014.

While a reason for consumer resistance to LED bulbs is cost, prices for are dropping.

When replacing a bulb, experts at Consumer Reports suggest choosing bulbs the same size or smaller to be sure it fits the fixture. Specialized fixtures, such as dimmers, have specific bulbs for those needs, so check bulb packaging for specific details.

(TheDailySheeple) - A lawsuit has been filed on behalf of a 6-year old student survivor of the Sandy Hook Elementary school shooting.

The suit, which is seeking $100 million in damages, alleges that the state of Connecticut and school district failed to provide a “safe school setting” and “an effective student safety emergency response plan and protocol.”

The unidentified client, referred to as Jill Doe, heard “cursing, screaming, and shooting” over the school intercom when the gunman, 20-year-old Adam Lanza, opened fire, according to the claim filed by New Haven-based attorney Irv Pinsky.

“As a consequence, the … child has sustained emotional and psychological trauma and injury, the nature and extent of which are yet to be determined,” the claim said.

Pinsky said he filed a claim on Thursday with state Claims Commissioner J. Paul Vance Jr., whose office must give permission before a lawsuit can be filed against the state.

“We all know its going to happen again,” Pinsky said on Friday. “Society has to take action.”

It’s not clear exactly what safety procedures the plaintiff is arguing should have been in place.

Numerous opinions suggest that security measures at the school were inadequate, which allowed gunman Adam Lanza direct access to school administration offices in the building, as well as classrooms.

Reports indicate that Lanza first entered the principal’s office, at which point principal Dawn Hochsprung turned on the school wide intercom system, likely in an attempt to alert teachers of the situation as it was unfolding. Hochsprung was killed in the attack.

Some teacher’s responded by immediately locking students into classrooms, while others may not have had time to react or were not sure what to do in response to the chaos unfolding live on the school alert system.

A debate has ensued in the aftermath of the shooting about whether the solution to preventing future attacks is to ban assault weapons like those that were supposedly used at Sandy Hook, or whether teachers and school administrators should be authorized to carry firearms on school property.

President Obama and some Congressional members who have weighed in on the conversation have said they will pursue weapons restrictions, but have made no mention of arming school officials.

The school attended by President Obama’s daughters has 11 armed guards, though some vocal anti-gun proponents are against such measures for public schools, claiming that Americans can’t afford to put a police officer in every school.

(Liberty Blitzkrieg) -Crony capitalist sightseeing tours. Nothing like being a corrupt political oligarch in today’s America! Great story here from the Sacramento Bee:

It’s mid-November. The election is over, and the new legislative session has not yet begun. Perfect time for a lawmaker to take vacation – or go on an “educational” trip with some of the Capitol’s most powerful interest groups.

He said the cost of the trip – not yet determined – will be reported as a gift to the lawmakers attending: Republican state Sens. Anthony Cannella of Ceres, Bill Emmerson of Hemet and Mimi Walters of Laguna Niguel, as well as Democratic Sen. Michael Rubio of East Bakersfield and Democratic Assemblyman Steven Bradford of Gardena, who chairs the utilities and commerce committee.

“They who pay for the education have a way to decide what the legislators are going to be educated on,” said Dan Jacobson, a lobbyist for Environment California, which is not a member of CFEE. “It’s not a full education – it’s a partial education and will end up being a (biased) education trip.”

Another roughly 20 California lawmakers are hopping planes for Maui, where two back-to-back policy conferences are taking place this month.

“There’s something about being here that makes for a better degree of cooperation,” said event organizer Dan Howle. “You get people who are polar opposites talking here, and some of that carries over into Sacramento – and it doesn’t happen in California.”

“I defend it. I think that they are important and worthy,” he said. “I think it is appropriate and important for elected officials to see what and how other countries are addressing similar problems to the problems that we face.”

Well if you guys have learned so much from these trips, then why is California in the mess that it’s in? That’s what I thought…

My favorite line above is from this clown Dan Howle: “There’s something about being here that makes for a better degree of cooperation.” Yes Dan, that something is called bribery. How any of this stuff is legal is beyond my comprehension.