Like anything that happens with the State involved, such as the events which transpired in Oregon recently, people are going to be rushing to the internet to do their own investigating. The footage released by the FBI of the road block incident which resulted in the death of militia member LaVoy Finicum can be found here.  END_OF_DOCUMENT_TOKEN_TO_BE_REPLACED

(Natural News) It’s early in the news cycle on this story, so everything stated here may be subject to new information as it becomes available, but from what we know so far, the shooting in San Bernardino appears to be either a staged government false flag operation or an ISIS terrorist attack.

From what we know so far, this does not resemble in any way a “lone gunman” or an angry gun owner targeting someone he hates. The attack took place at the Inland Regional Center, a company that helps disabled people improve their lives with training, self-improvement counseling and more. No lone gunman shoots up a building full of disabled people.

END_OF_DOCUMENT_TOKEN_TO_BE_REPLACED 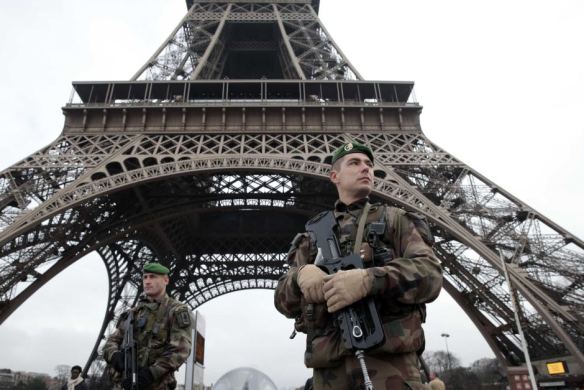 Here is the real truth about the Paris attacks ISIS is helping the West get into Syria..  END_OF_DOCUMENT_TOKEN_TO_BE_REPLACED

The problem with repeated false flags and staged events executed for a particular political purpose is that they demand a commitment from the minds of the masses and it has to happen in real-time. You either get it right away that the event is staged or you don’t.

That is, you require “proof.” Until you receive that proof or, should I say, until you consciously register a series of information that convinces you that it must have been fake, you will choose to believe mainstream media news and accept it as truth.

END_OF_DOCUMENT_TOKEN_TO_BE_REPLACED 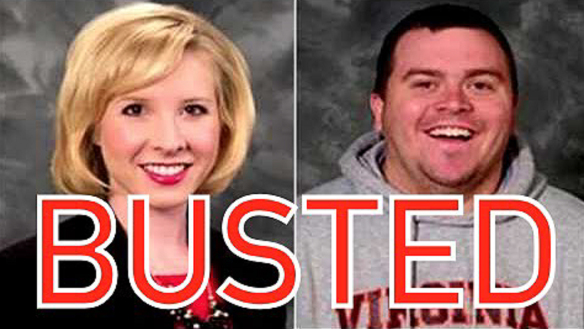 The establishment media has gone quiet on the Virginia shooting since evidence that it was a hoax has gone viral.

Yet, their silence hasn’t stopped the conspiracy research community from finding even more damning evidence that it was indeed an elaborate hoax.  If this doesn’t prove that the Virginian Shooting was a hoax than nothing will.

END_OF_DOCUMENT_TOKEN_TO_BE_REPLACED 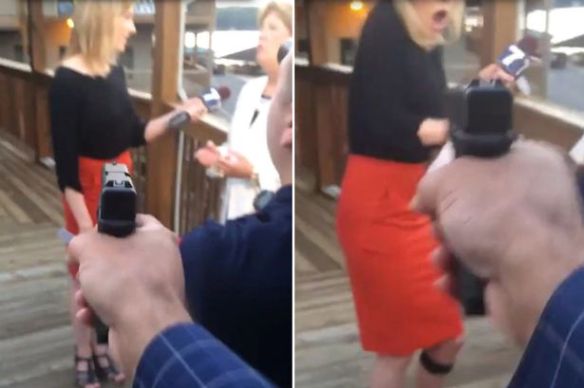 By now we all know what happened over the work week, and by now we all know there are many different theories going around. Some are wildly insane, but some have some ground to them. In my own opinion, the incident is more than fishy.

END_OF_DOCUMENT_TOKEN_TO_BE_REPLACED

(ChicagoTribune) Facing a media throng just days before competing for a national championship, Notre Dame’s star linebacker Manti Te’o fielded a question about the death of his girlfriend and his ability to rise above the tragedy.

It was a benign question, one he had heard dozen of times before as Lennay Kekua’s passing had been woven so tightly into the narrative of his triumphant senior year. And he answered it as he always had.

But at that time, Te’o — and university officials — knew there was far more to the story than platitudes about football and family.

A week earlier, on Dec. 26, the Heisman Trophy runner-up told Notre Dame officials that his girlfriend did not exist and that he was a victim of an elaborate Internet hoax, the school said Wednesday.

“In many ways, Manti was the perfect mark because he is a guy who is so willing to believe in others and so ready to help, that as this hoax played out in a way that called upon those tendencies of Manti, it roped him more and more into the trap,” Notre Dame athletic director Jack Swarbrick said. “He was not a person who would have a second thought about offering his assistance and help.”

Swarbrick outlined a bizarre story in which Te’o learned his girlfriend never existed about three months after her supposed death. The player received a phone call Dec. 6, while at an awards show, from what he believed was Kekua’s old cellphone number. The woman on the other end — in a voice he recognized as Kekua’s — told him that she wasn’t dead.

Two days after Te’o was thrown for a loop by a dead girlfriend rising from the grave, here is how he answered a question about charity work he had performed this year.

“I worked with Relay for Life stuff,” he said. “I really got hit with cancer. I don’t like cancer at all. I lost both my grandparents and my girlfriend to cancer.”

She later tried to rekindle the relationship, Swarbrick said.

“Every single thing about this, until that day in the first week of December, was real to Manti,” Swarbrick said. “There was no suspicion it wasn’t. No belief it might not be. And so the pain was real. The grief was real. The affection was real. That’s the nature of this sad, cruel game.”

Swarbrick likened the hoax to the movie “Catfish,” in which a person creates a fake persona with someone else’s picture, then dupes another person into a romantic relationship. The film spurred a popular MTV show by the same name that investigates online relationships to see if the participants are real.

Te’o notified his coaches of the situation Dec. 26, after discussing it with his parents over the Christmas holiday. Swarbrick said he met with the player twice and found his story about the exclusively online and telephonic relationship to be consistent. Te’o and Kekua never met face to face, Swarbrick said.

“Several meetings were set up where Lennay never showed,” he said.

Kekua’s purported passing came within 48 hours of the real death of Te’o’s grandmother, Annette Santiago, in September. That double loss vaulted Te’o onto the cover of Sports Illustrated and, along with Notre Dame’s eventual undefeated regular season, into the Heisman Trophy mix.

Te’o finished second in that voting to Texas A&M quarterback Johnny Manziel, tying for the best finish ever by a pure defender.

The scam does more than shatter a college football fairy tale. It also leaves a black mark on sports journalism, as many news outlets — including the Tribune — ran stories about Kekua’s passing without verifying her death. There was no published obituary for Kekua and no California driver’s license issued to anyone with that name. The Social Security Administration database had no record of anyone with the surname Kekua dying in 2012.

Yet respected national publications such as Sports Illustrated, the Los Angeles Times and The New York Times all ran stories about Te’o’s heartbreak. The Chicago Tribune published 15 articles mentioning her death in the past four months.

An Academic All-American with a 3.3 grade-point average, Te’o, 21, released a statement Wednesday insisting that he had been duped into having a long-term, “emotional relationship” with an Internet impostor. Describing the situation as “painful and humiliating,” Te’o said he believed he maintained an authentic relationship with Kekua over the phone and via the Internet.

“To think that I shared … my happiness about my relationship and details that I thought to be true about her just makes me sick. I hope that people can understand how trying and confusing this whole experience has been,” the statement read.

Notre Dame hired a private investigator, who produced a final report on Jan. 4, and the university shared the findings with the Te’o family Jan. 5 during the run-up to the BCS championship game against Alabama. Swarbrick said he believed the Te’os were poised to release the story next week before the sports website Deadspin broke it.

The independent investigation revealed online “chatter” among the alleged perpetrators, Swarbrick said, that demonstrated “the joy they were taking” in fooling Te’o. The pranksters even made sure that the player sent white roses in her honor and told him what time they planned to close her casket.

“There was a place to send flowers,” Swarbrick said. “There was no detail of the hoax left undone.”

The Deadspin story, however, is raising questions about Te’o’s involvement in the ruse. The site says Kekua’s purported Twitter account was created by a California man with ties to the linebacker and his family. An unnamed source suggested the death was a publicity stunt hatched by Te’o and his West Coast counterpart, according to Deadspin.

At the very least, Te’o and his family have made the truth difficult to decipher because they made references to Te’o meeting Kekua during their courtship. In October, for example, Te’o described her to ESPN as the most beautiful person he had ever met, and his father told the South Bend Tribune in October that Kekua had traveled to Hawaii, Te’o’s home state, “every once in a while … so he would meet with her there.”

When asked about rising above the tragedy in the days before the game, Te’o said, “I think whenever you’re in football, it takes your mind off a lot of things. You know this team is very special to me and the guys on it have been there for me through the good times and the bad times.”

Notre Dame acknowledged Wednesday that it did not encourage the player to set the record straight before the title game. Instead, officials sat silent while reporters prepared stories about Kekua’s fake death, fake leukemia and fake Stanford degree.

“We encouraged him to try to focus forward and focus on the game,” Swarbrick said.